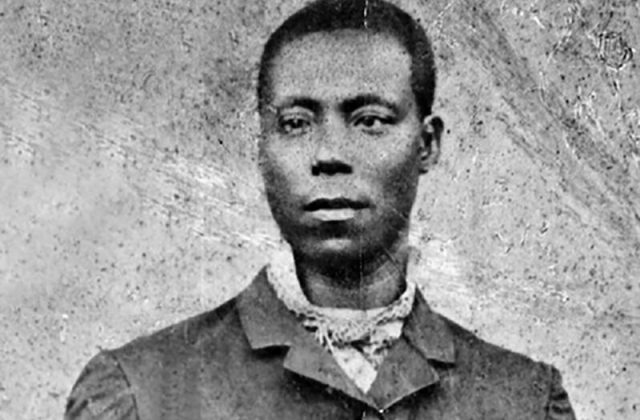 Posted by Sara Moncrieff on Wednesday, February 12, 2020 · Leave a Comment

We celebrate National Dry Cleaning Day on March 3rd every year! Dry cleaning is a process that’s been around for centuries, but the process as we know it was pioneered by an African-American tradesman and abolitionist in New York City by the name of Thomas Jennings.

Mr. Jennings was born to a free family in New York and skillfully crafted a career as a distinguished tailor and businessman. His clients trusted him and would often ask for advice on caring for their clothing. After years of his clients asking him for advice on cleaning and caring for their garments, he decided to invent a method that would clean them effectively without damaging them; traditional dry cleaning was rough and abrasive. His experiments led him to create a process he called “dry-scouring”. He applied for a U.S. patent in 1820 and he was granted patent no. 3306x in 1821 when he was just 30 years old. It was a historic moment – historians agree that as a free man he was the very first African-American man to be granted a U.S. patent. Later he was inducted into the National Inventors Hall of Fame.

His greatest achievements however were much more personal in nature. He used the money he earned from his tailoring and garment cleaning business to purchase the freedom of his wife Elizabeth and their children who were born into a form of indentured servant-hood after New York’s gradual abolition law of 1799. A champion of the oppressed, Mr. Jennings’ was a founding member of Abyssinian Baptist Church, became a secretary for the First Annual Convention of the People of Color in Philadelphia in 1831, and was a key player in organizing the Legal Rights Association in 1855. He fought hard against segregation and raised money to aid in helping people of color fight for justice in segregation court cases. Most famously, his daughter Elizabeth (a schoolteacher and church organist) was forcibly removed from a “whites only” streetcar in New York City. With the aid of her father, Elizabeth won her court case in 1855. The lawyer he enlisted was a young man who would later become President of the United States, Chester A. Arthur. Within a decade, every streetcar company in New York City stopped practicing segregation.

While the industry has evolved in cleaning methods and garment care, Thomas Jennings’ sense of leadership and integrity lives on. We’re proud to be part of the industry he helped shape and follow his legacy.

To read more on Thomas Jennings’ life and achievements, visit: